There is an undeniable electric energy in the air as the march towards Carnival 2020 begins in earnest today.

Boxing Day has traditionally served as the unofficial “soca switch”: the day when artistes, radio stations and the public at large suddenly remember that we have something called soca music. And begin their frantic respective rush to release, “buss” new hits and consume music.

The “No Seasons” movement, launched by Erphaan Alves and championed by a new generation of soca stars, has helped to radically change that limiting school of thought.

Soca music is currently widely accepted outside of the Carnival season and gets much more play on the nation’s airwaves throughout the year. Not that the influential 16 – 25 age group is listening. They are far too busy streaming their favorite music on Spotify, Apple Music, YouTube, Amazon Music, and other popular online music platforms.

The proof is in the pudding. Look at the individual concerts of the local artistes mentioned. Sekon, Erphaan and Nailah all played to near sold out audiences in 2019. Both Erphaan and Nailah, by the way, with out-of-Carnival season with November and December shows, respectively.

hit out of a Baron classic

That being said, Boxing Day still serves as good time marker to tell us, as the youth put it: “who saying ting”.

Swappi (Marvin Davis), with his remake of Baron’s (Timothy Watkins) “Feeling It”, is already miles ahead of most. The reigning Groovy Soca Monarch has changed little but some lyrics and drum patterns on the Ultimate Rejects re-imagined track. Already it’s a smash hit, proving good music is timeless.

Nadia Batson’s “Fatt” is one of the few tracks that come close to the energy of that classic Baron melody. An ode to big girls the song is already sung verbatim by people of all ages, genders and sizes. In other words Nadie done get through. With the steam of her 2019 hit “So Long” and the added fuel of “Fatt” you can expect her to be like salt in the Carnival: everywhere.

Veteran SuperBlue (Austin Lyons) has also shocked new life to his incredible four-decade career with the joyful sing-along “Omalay” which features Ravi B. The chutney soca crossover jam will no doubt ensure Super enjoys the warmth of the mainstream spotlight in 2020.

Perennial soca powerhouses Machel Montano and Bunji Garlin (Ian Alvarez) have also made musical statements with a barrage of new 2020 releases that showcase their pedigree.

Montano’s “Brace”, released a week before Christmas, has waists around the islands itching to “leh go”. His party refrain of “Leave me leh me party” on “Leave Me” and “I could definitely use a good fete right now” on “Long Time” intelligently reflects that huge anticipation felt by festival junkies.

Garlin, meanwhile, is at his lyrical best on “The Struggle”. Vintage Garlin. He sings:

I come from a different timing/Where yuh walk on a very think lining/Was either music or badness/and you could lose yuh life in de rhyming/Many place we woulda go to sing/ Man have ice pick and blades and long things weh shining/And the adversary on the night might enter the venue with a dead squad behind him/and if you tell dem the wrong thing ah guaranteed next six…seven months yuh hiding/cause that squad weh riding/dem nuh fraid no police uniform neither siren/the incorrect path of speech could make yuh end up inna de Gulf of Paria/but the mic right and the light bright and yuh fight like a warrior.

Blaxx (Dexter Stewart) with “Canboulay”, Voice and Kes (Kees Dieffenthaller) with “Dear Promoter” and Kerwin Du Bois with “Thanks for the Love” and “Daddy Reach” with Destra (aka the soca version of Usher’s “Daddy’s Home”) have all sweetened the pot with some inventive melodies and quality vocals.

Everybody will have their eyes on St Lucian hit-making producer/performer Motto (Lashley Winter) and his “mash-up de dance” collaboration with Blackboy and Ezra “Big Ride”. The song is already a forerunner for Soca Monarch (if there is a Soca Monarch). And, granted it is early days, he might just Motto demand and drive off with the big prize.

Kerwin De Bois – Thanks for the Love 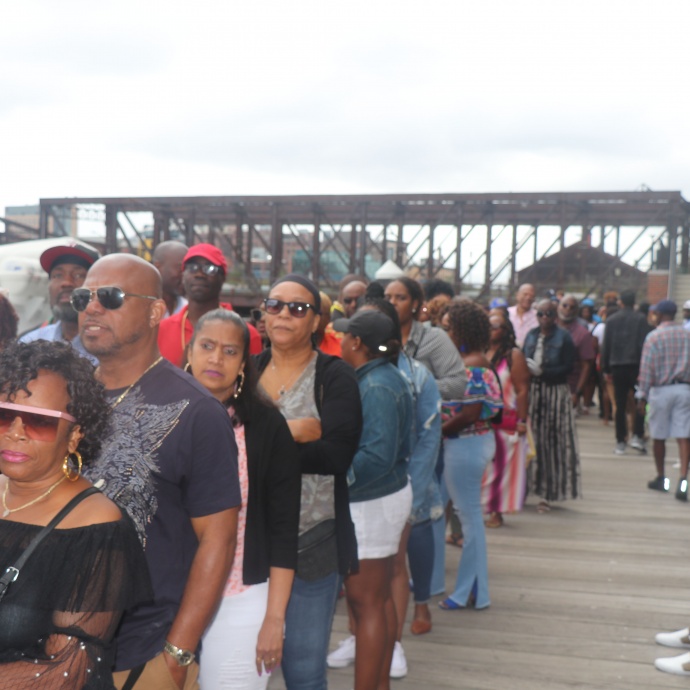 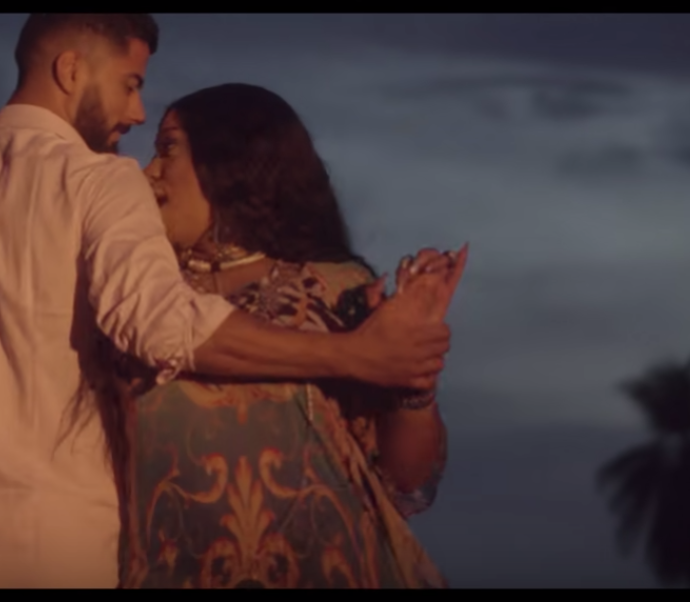 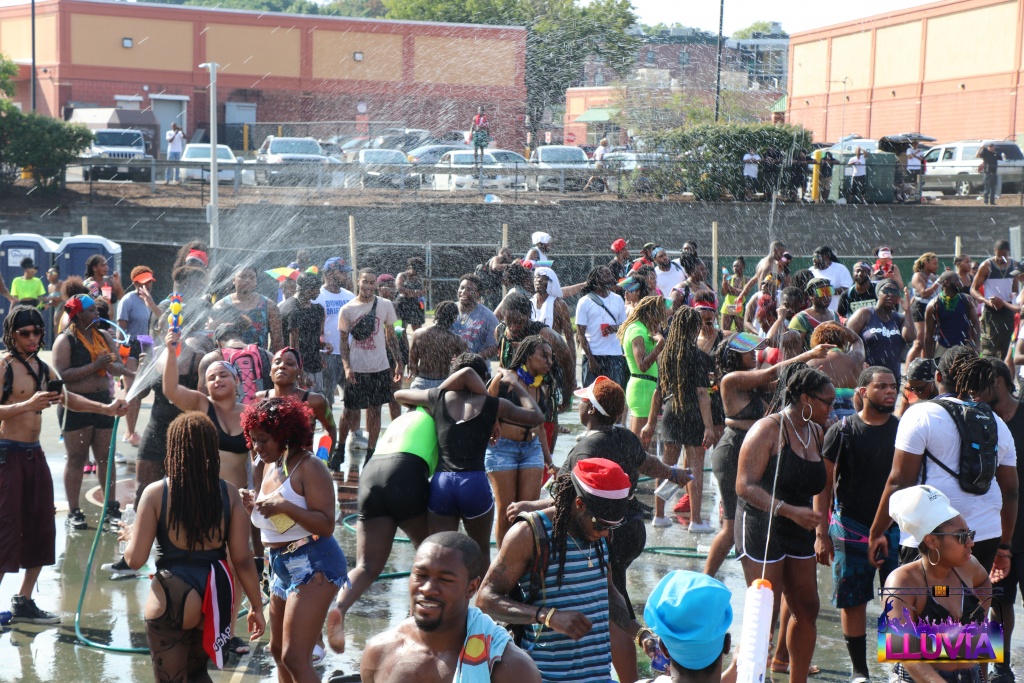 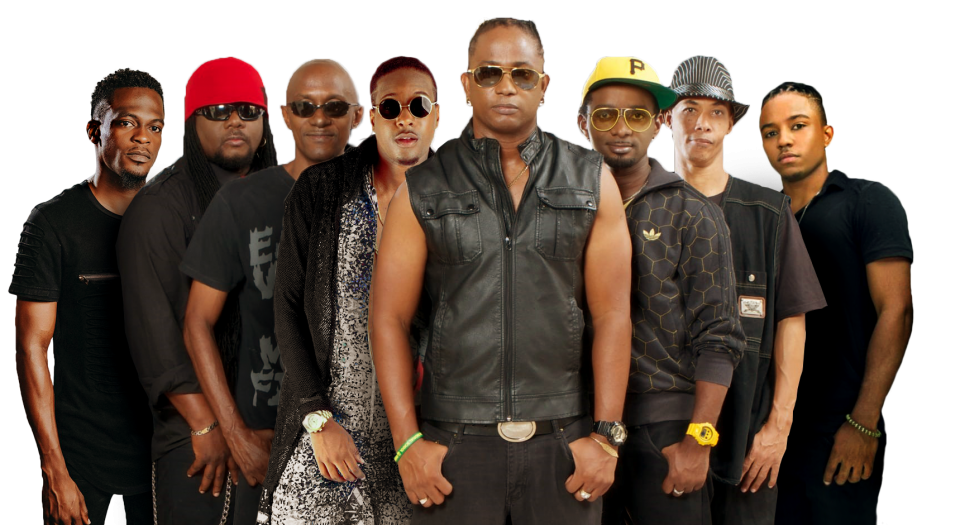